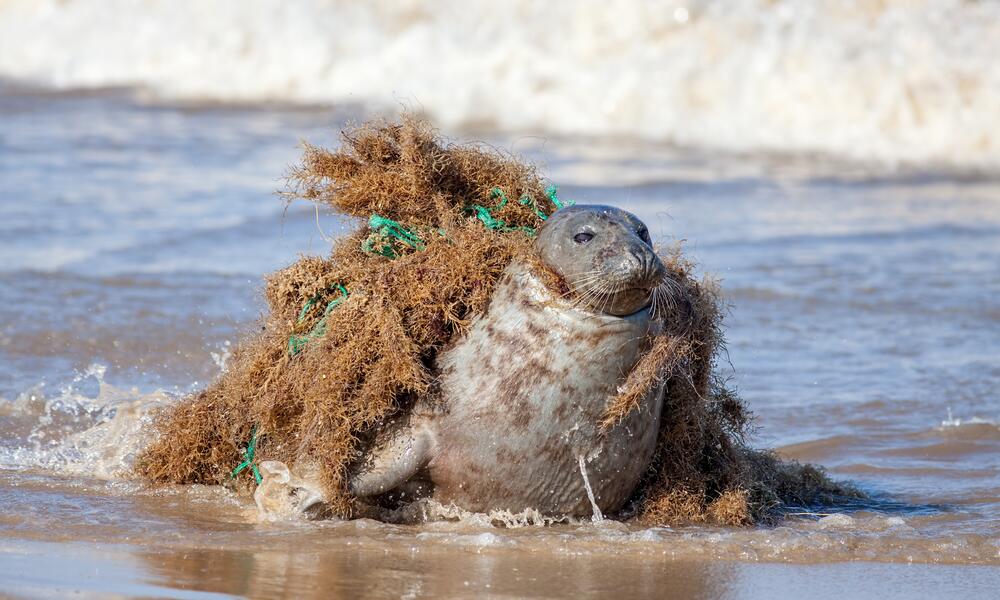 Just how much trash is in the ocean? The amount is shocking. More than 12 million tons of plastic end up in our seas every year. Plastic pollution plagues every corner of the ocean and despite growing awareness, the problem is only getting worse.

Fishing gear accounts for roughly 10% of that debris: between 500,000 to 1 million tons of fishing gear are discarded or lost in the ocean every year. Discarded nets, lines, and ropes now make up about 46% of the Great Pacific Garbage Patch.

This marine plastic has a name: ghost fishing gear.

What is ghost fishing gear?

Ghost fishing gear is the deadliest form of marine plastic as it unselectively catches wildlife, entangling marine mammals, seabirds, sea turtles, and sharks, subjecting them to a slow and painful death through exhaustion and suffocation. Ghost fishing gear also damages critical marine habitats such as coral reefs. Additionally, it鈥檚 responsible for the loss of commercially valuable fish stocks, undermining both the overall sustainability of fisheries as well as the people who depend on fish for food and livelihoods.

What is WWF doing to address ghost fishing gear?

Around the world, WWF collaborates with fishers, government agencies, and others to remove abandoned nets from the water, establish gear collection and recycling programs, develop tools that enable better tracking and recovery of gear, and move towards improved gear management and more sustainable fishing practices in small-scale fisheries.

We are now calling on governments to join in an alliance to stop marine plastic pollution. We are asking fishing gear designers and manufactures to innovate new, traceable fishing gear and for fishers to retrieve, if possible, and report any lost gear.

What can you do?

We all must speak up for our oceans and marine life. Contact your government representatives to ensure that they on ghost fishing gear and support the establishment of a global binding treaty on marine plastic pollution.

Together we can stop plastic waste from choking our ocean and its inhabitants.